For those considering moving to Las Vegas this is a guide to the best places to live, the fun things to do, and the wonderful places to go.

There are one million visitors per week to Las Vegas, yet there are also over two million people who live there. Living in Las Vegas is an excellent lifestyle. We are not talking only about the wonders of the famous Las Vegas strip. In fact, when one lives in Las Vegas, the times that they visit the strip are usually only when visitors come in from out of town or when they want to eat at one of the magnificent buffets.

The people who live in Las Vegas find there is so much more to the city than just the strip. Ask any long-term local and they are happy to share why they love Las Vegas. Las Vegas is full of great neighborhoods, which also include the nearby cities of Henderson and Boulder City.

Click on the city area name for the official websites.

Boulder City is 20 miles from Las Vegas. Living there seems like going back in time about 80 years, when things were calmer and everyone knew their neighbors. Lake Mead is close by for boating enthusiasts or for those wishing to enjoy a picnic.

Green Valley Ranch community in Henderson is one of everybody’s favorite places, yet there many other choices of master planned communities (27 at the last count). According to an article in Las Vegas Weekly on the history of Henderson, Forbes ranked Henderson as the second safest city in America.

Anyone who lives in Summerlin loves it. It is a very large, mature community with all the amenities. The master plan concept of community design for Summerlin is the housing areas are created around community villages. Every convenience is a short drive away with great shopping in Downtown Summerlin.

Fun Things to Do
Every major entertainer in the world performs sometime in Las Vegas. It is possible to go to a different show every night and never need to see the same thing twice. Superb tiny neighborhood restaurants are the alternative to the huge casino buffets. World-class restaurants are found in Summerlin and Henderson. There are also casinos that specifically cater to local customers. They are usually more generous and have terrific reward programs for repeat visitors.

Local sports include games by the UNLV Rebels. For auto racing, there is the Las Vegas Motor Speedway just north of the city. Golfing is incredible with the choice of over twenty-five courses to play some with outstanding rates for seniors. Bowling is available non-stop in over a dozen locations and late night bowling is only $1 a game! Art and music lovers congregate for a big monthly party at the First Fridays Downtown Art Event.

Places to Go
Here are a few great places to spend an afternoon or for a short trip:

This is just a tiny sampling of what Las Vegas has to offer to those who live there.

For Families
When families experience Las Vegas living, especially when they live in the nicer neighborhoods, they find it offers an easygoing lifestyle, with a small town feel in Boulder City, lots of local sports in the Westside, excellent shopping malls in Summerlin, and extremely safe neighborhoods in Henderson.

The public and private schools in all these areas are some of the best Nevada has to offer. There are 5 schools in Boulder City, 14 schools in Summerlin, 55 schools in Henderson, 329 schools in Las Vegas of which, the Westside areas have about 70, and 51 schools in North Las Vegas.

For whatever reason, and there are plenty good reasons to choose from, when the decision is to move to Las Vegas, contact Heide for help in finding the perfect place.

60 Things to Know About Henderson
http://www.lasvegasweekly.com/news/2013/may/16/60-things-know-about-henderson/

Things to do and places to go: 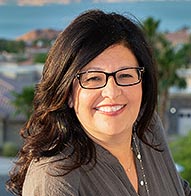